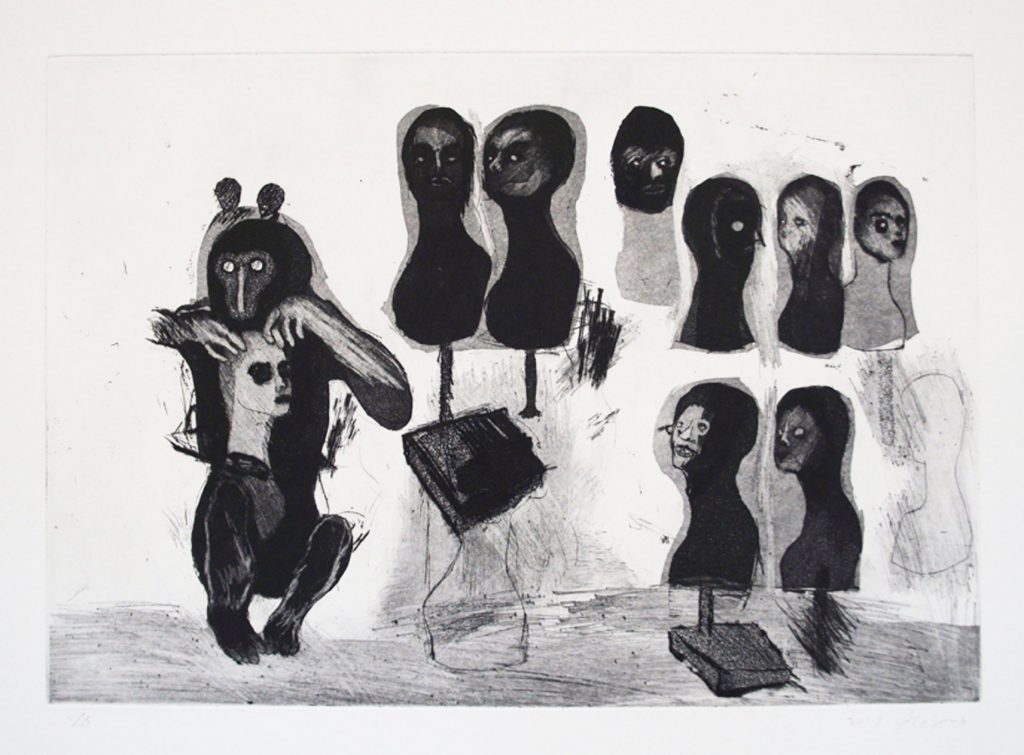 Thousands of pictures sneak onto the surface of the work through daily observations seen and imagined; lately, a bundle of discarded dolls and mannequins decorating the facades of some Kreuzberg barber shops had taken over my attention.

YASER SAFI studied Fine Arts at the University of Damascus. Later, he taught at the college, before becoming a lecturer at the Institute of Print Engraving Adham Ismail in Damascus and a supervisor at the Sharjah Institute of Art in the United Arab Emirates.
His work, specializing in painting and sculpture, has received numerous awards and has been shown internationally in solo and group exhibitions in cities such as Damascus, Beirut, Dubai, Kairo, Berlin, New York and Paris.
Safi was one of the selected artists at B.L.O. ateliers in 2017.