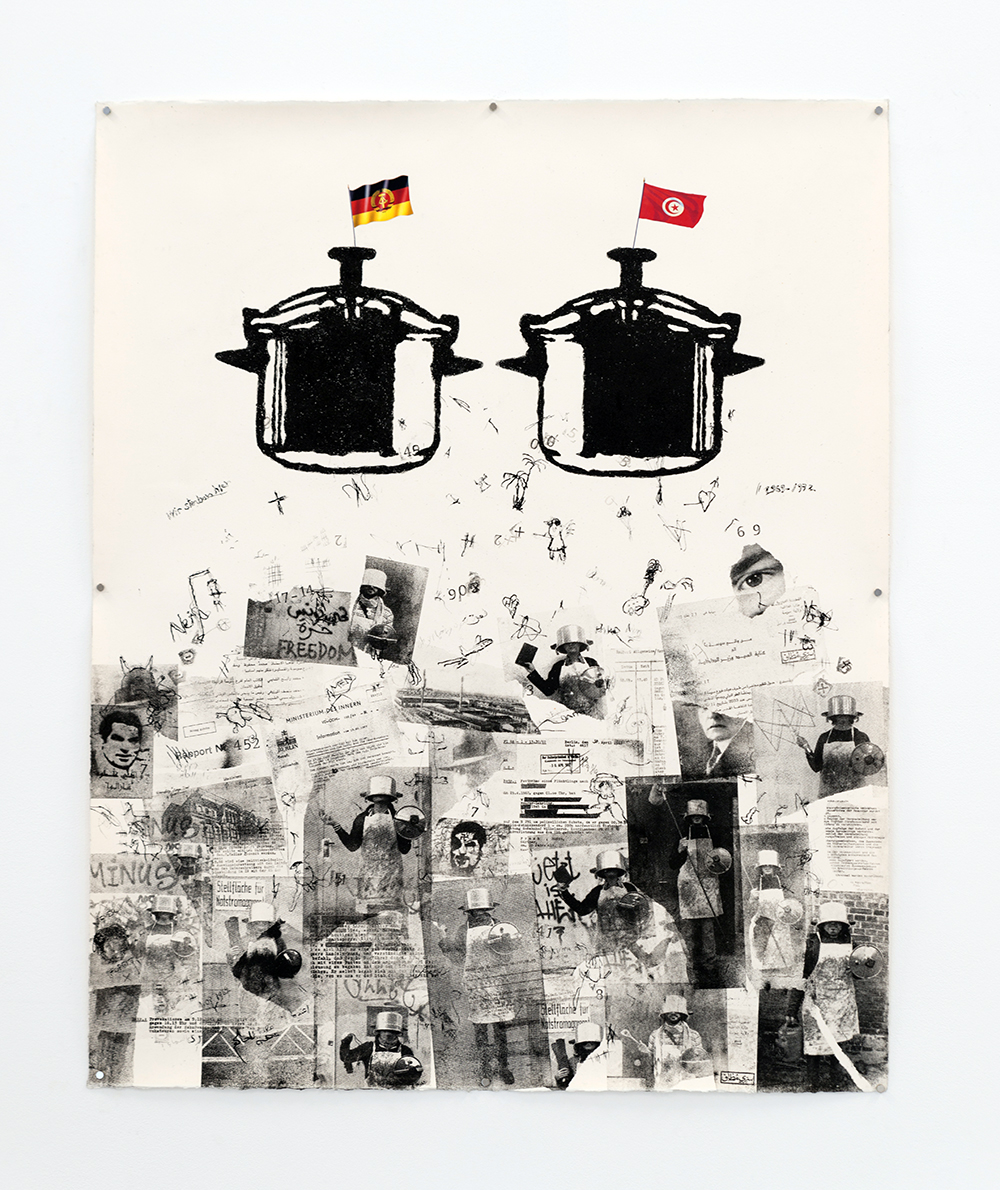 Since 2007, Halim Karabibene has been pursuing a multidisciplinary performance in which he has been encouraging public authorities to inaugurate Tunisia’s first National Museum of Modern and contemporary Art (MNAMC). With a pressure cooker as symbol and form of the future Museum, Karabibene uses social networks, events and exhibitions to effectively launch this pseudo fictional museum until it sees the light. After the Tunisian revolution in 2011 the pressure cooker became the symbol of a country at boiling point and the uniform a symbol of the Don Quixote-esque committee of struggle for the protection of achievements and revolutionary dreams.