Reacting to the evolution in the discussion on german border’s security and the newly aggravations in European migration’s politic in 2018, we artists of the project HIER & JETZT: CONNECTIONS created a poster’s edition in eight languages (Arab, English, Farsi, French, German, Hungarian, Italian, Spanish).

The posters are migrating in the world:

We are looking for supporters who like to display these posters in public space and send us pictures of their spreading. If you are interested to participate please contact us: blo-huj@riseup.net.

Thanks to Colours Of Edinburgh, where the posters where presented in the art exhibition and auction June 30 until July 6: 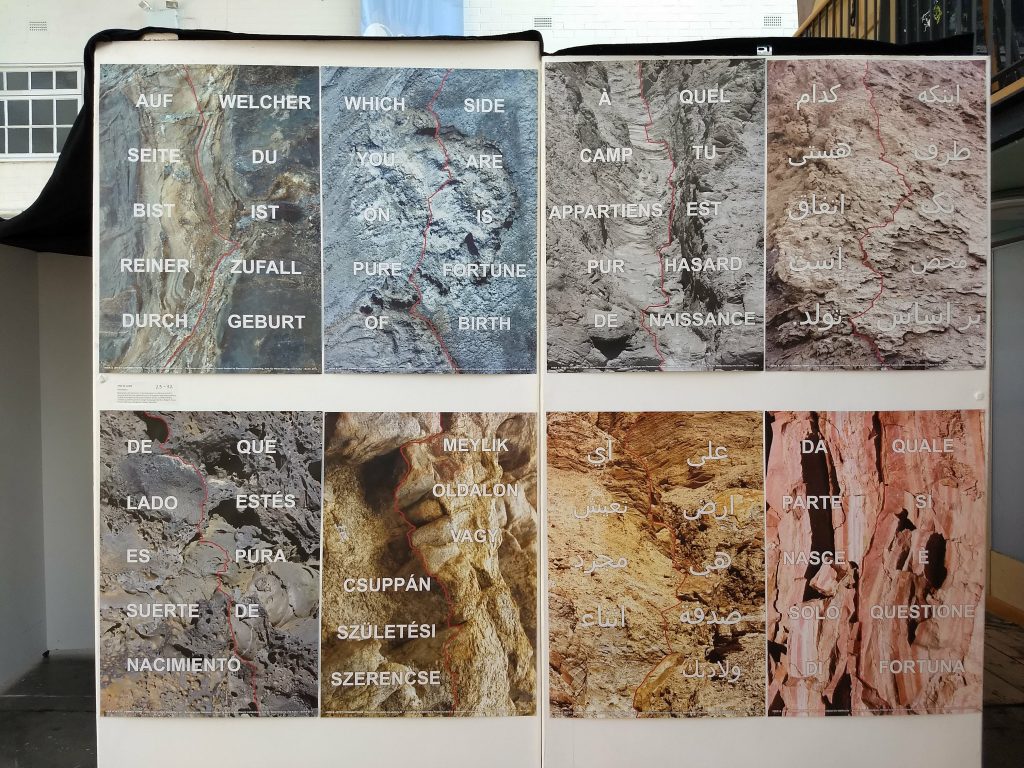 Thanks to Léa and Geoffrey from KIT: Espace d’exposition in Toulouse, France, for showing the posters in the exhibition HIER & JETZT, together with the works of Émilie Franceschin (performance), Mutually Feeling (audiovisual)

Thanks to the Boxe n’roll fight club in Turin, Italy, to present our manifesto in their training room.

The posters in front of the building R12 (Geisteswissenschaften/Humanities) at the Universität Duisburg-Essen, Campus Essen, Germany.

Thanks to CRAB – Centre de Rencontre et d’Animation in Bussigny, Swiss, for the cooperation! 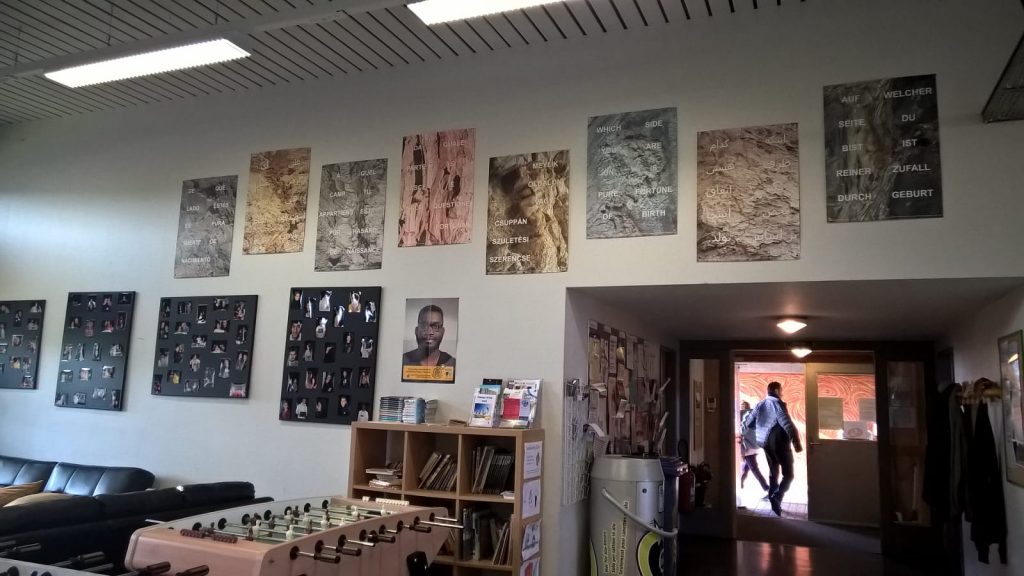 The posters in the co-op for social innovation ETA BETA in Turin, Italy.
Thanks for the cooperation and the interview on their Magazine (Italian)

Here the posters are seen near the ferry landing stage in Potsdam. 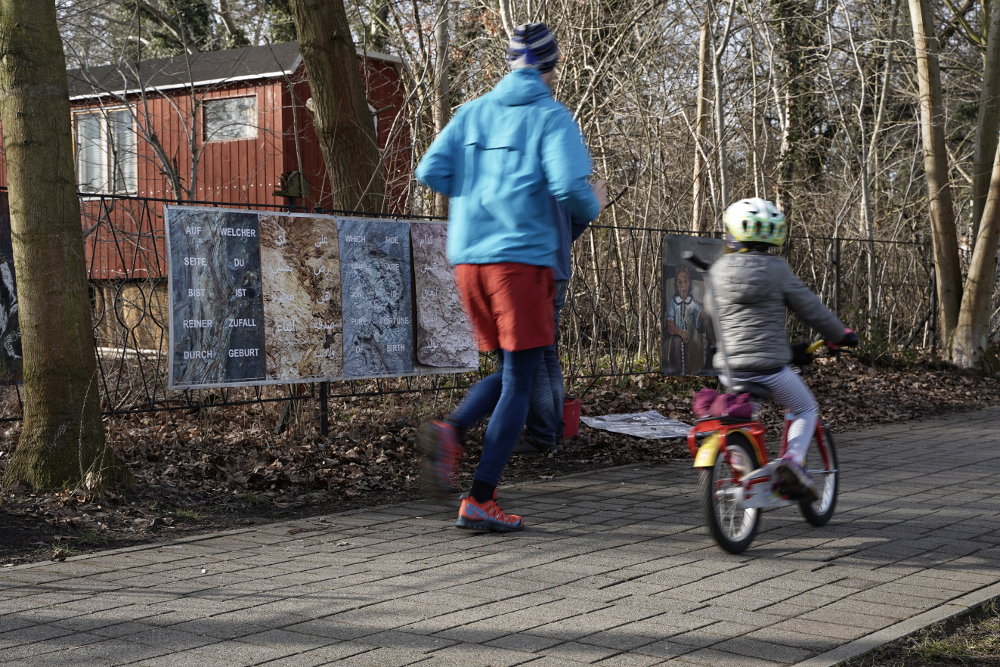 Thanks for exhibiting the posters in the waiting area of two Logopädie Praxen in Berlin.

Thanks to Tilos rádió and Konkáv Közösségi Tér in Budapest, Hungary! 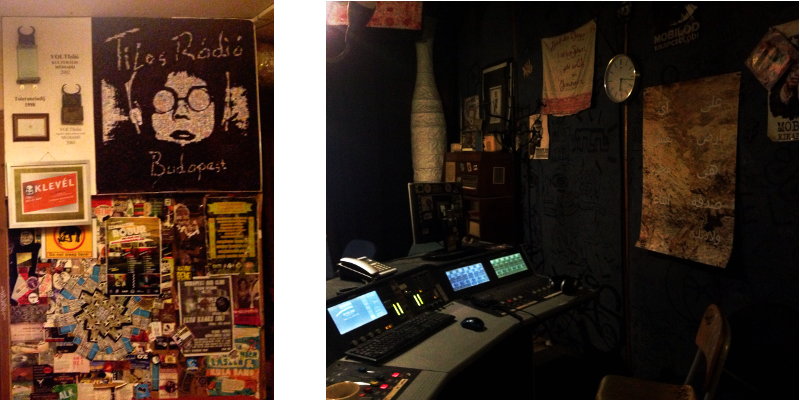 Berlin, 13th October 2018 – Demonstration #unteilbar (#indivisible)
242.000 people have been marching in Berlin to protest against xenophobia and the increasing influence of the far right. Our manifesto posters have been there, too.

The Iranian artists Neda Shoaei & Soroush Ahi came up with some new ideas to make this project spread as much as possible in their region.

They created an edition of stickers with the motives from our posters and chose several spots for placing them in Tehran, like the Book City Branches, some Cafés that work with artists, and busy streets close to universities & institutions.

The stickers also show a QR code linked to an instagram account with different posts. They include quotes from famous writers about borders & migration, facts about refugees, and introduce artists who work on these issues. This is a great way to keep this project moving on to the next level and making it widespread, involving the young generation of writers and artists in Iran.

Scan the CR Codes to see some examples of artwork developed in this context or get more information about the topic:

Potsdam – Hermannswerder, Germany – thanks for the support and participation to the people living at WagenHausBurg Hermannswerder.

TOBE Gallery, Budapest, Hungary – thanks for the support! 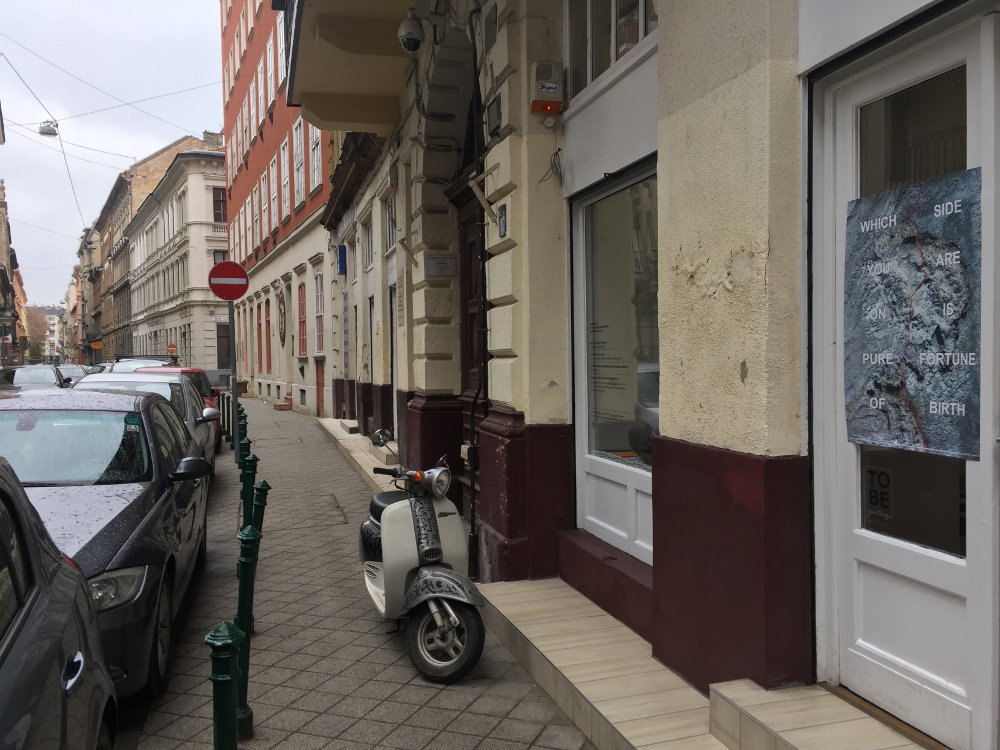 Edewecht, Germany – thanks for the support and participation to Julia Otto and the Hofladen Himpsl-Hof

Berlin Lichtenberg – thanks for the participation to the Museum Lichtenberg im Stadthaus were the posters are being included in the exhibition.

Boise, Idaho (USA) – thanks for the participation to MING Studios, contemporary art center and residency program