Saturday, 15.12.2018
the echo of the sign of writing
Workshop with Dominique Hurth

From the handling of material between hands, the folding of paper, the turning of a page, towards a move of a body part in space, the building with words, the making in speech, or the precise placing of things, writing can be understood as something more than a construction of words within a sentence to be delivered in speech or diction. This workshop included playful experiments in writing both on paper, in space and in speech, and resulted in a published moment: performative, printed, immaterial. 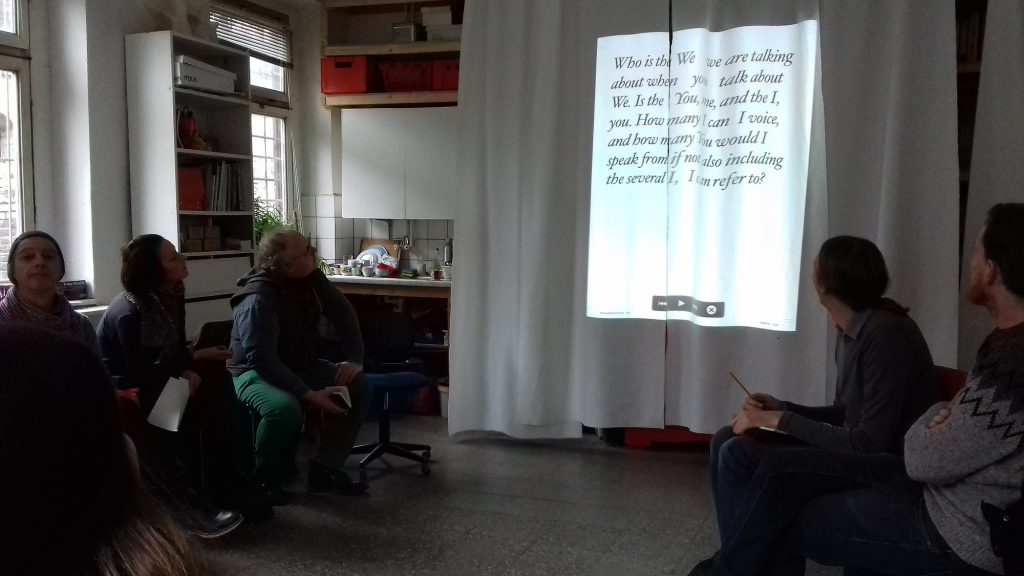 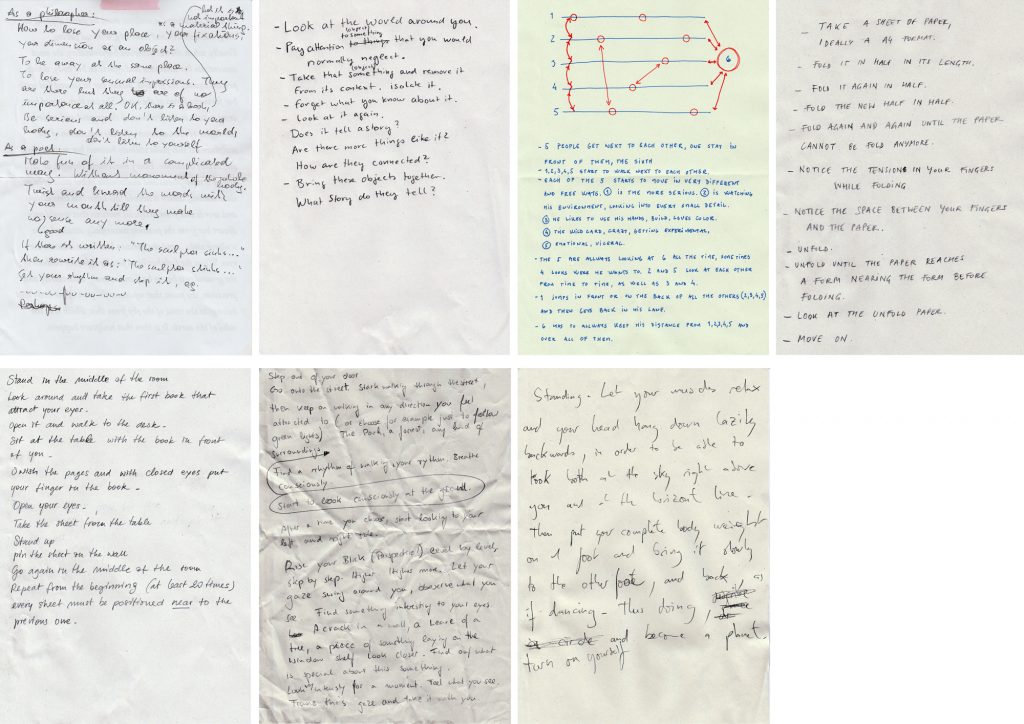 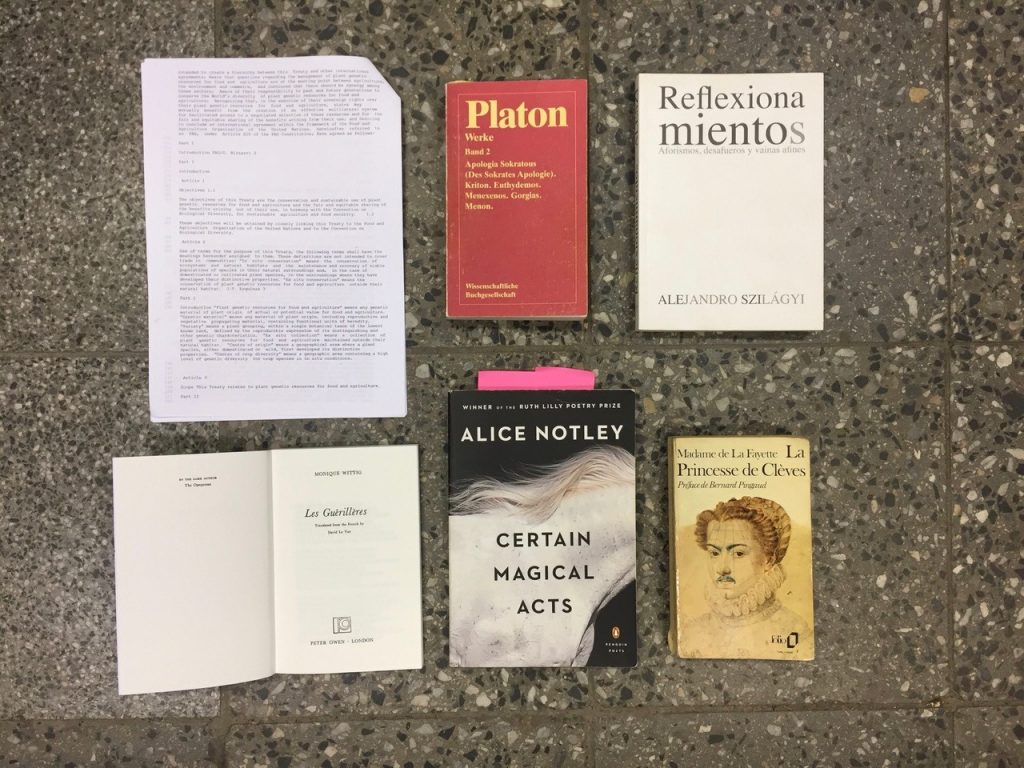 DOMINIQUE HURTH
In the formats of exhibitions, editions and readings, Dominique Hurth is interested in the framing and reading of objects and events, folding and unfolding them into non-linear historical narratives. Between fiction and facts, the created installations operate as abstracted containers for narratives, unloading highly different readings of History, in which recording technology, popular culture, science (fiction) oscillate with art history, modernism or literature: thus merging fact and fiction, image and caption, form and word.

Born in Colmar, France (1985), Dominique Hurth received a BA in Fine Arts from the Saint Martin’s School of Art, London, 2005; and received her MA in Visual Arts (DNSAP) from the École Nationale Supérieure des Beaux Arts, Paris in 2009 (atelier C. Boltanski). 2010-11 she has been awarded a research and production bursary at the Jan Van Eyck Academie, Maastricht, NL. In 2012-13 she was recipient of the Fellowship in Art at Künstlerhaus Büchsenhausen, Innsbruck, AT.

She has exhibited at various museums, galleries, and off-site projects in Europe and the USA, and has also contributed to several art and culturally related publications internationally.