Short-Films Screening by LOUISE FAROUX and NAJWA AHMED
organized by TIRDAD HASHEMI
Free entrance in the Kantine of B.L.O. Ateliers 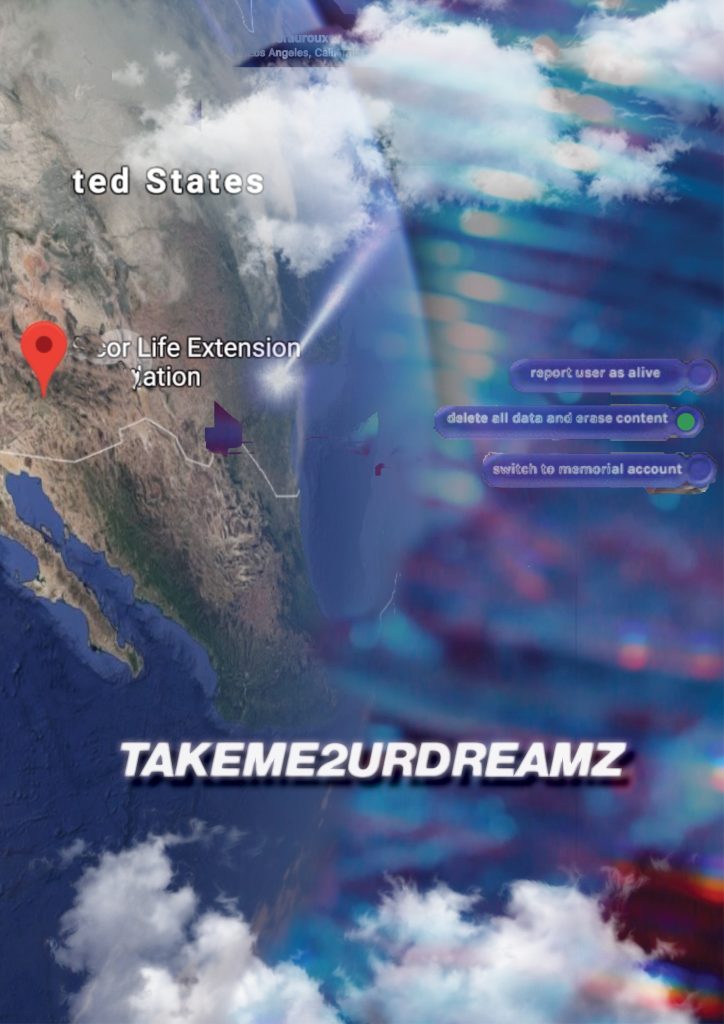 TakeMe2UrDreamz
11’11, 2019
“In a near future in which digital immortality is on the verge of being commercialized, the process is still experimental and expensive. This is a travel through the wanderings of a soul stuck in a Limbo during her digital transition. Her cloud storage is full. She has to deleted some of her memories to reach her peaceful afterlife.”

Louise Fauroux (b. 1998) lives and works in Paris and Berlin. Throughout her work (video, sculpture, installation, 3D) she questions ethical issues of artificial intelligences, decrypting structures of power through pop culture and technologies. 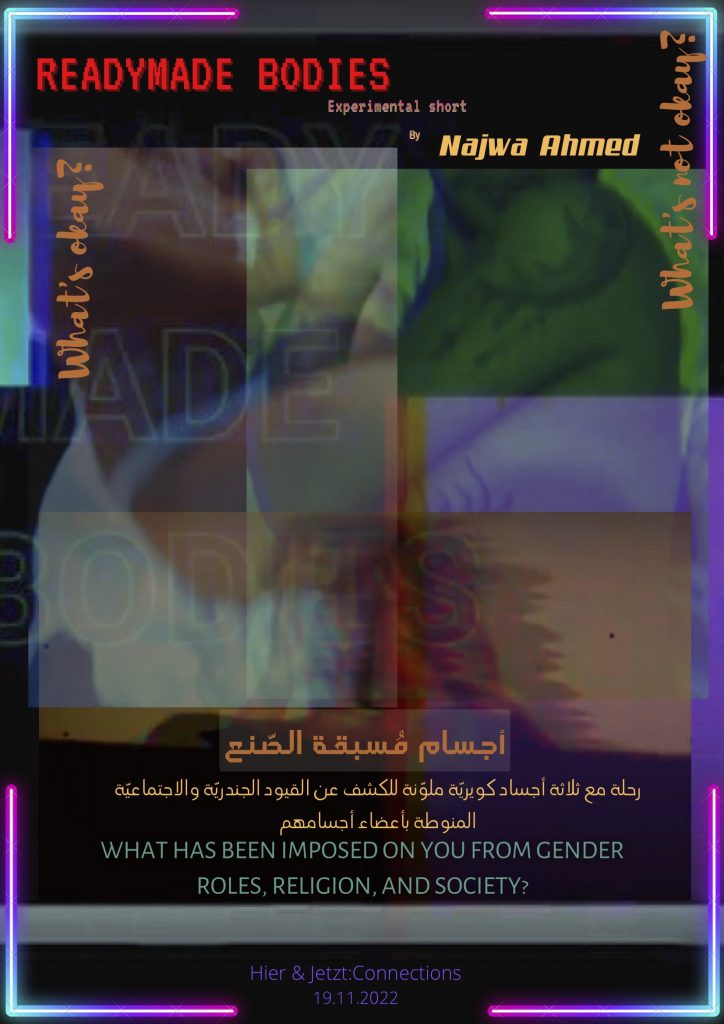 ReadyMade Bodies
Is an experimental short visual/audio experience through which the filmmaker takes us into an exploration journey with three queer of color bodies who found themselves on an intersection of identity and geography, in an attempt to provoke issues that are rarely tackled in the mainstream spheres, like the increasing culture of isolation and disbelonging even from our own bodies, bodies that we’re realizing have been socially designed for us. In the ever expanding illusion we live in, you’re invited to question what you’re seeing in this experiment.

Najwa Ahmed is a Palestinian writer and visual artist based in Berlin. Through their theatre work “not mine and other stories” with KAAI studios in Brussels, they tackled issues of displacement and white saviorism, while in “where do we land now?” With TransfoCollect they worked with collective memory as home to people from refugee/migration backgrounds. In their short films such as “when we were already made”, “silence” and “Zehra on the roof” they worked with queer identity politics and the consumption culture of bodies. While In their land art they delve into the changing but rooted connection between nature and humans, a connection that’s being endangered due to our human ego, power lust and idiocy.
But In their writing and performance such as “the watermelon resistance”, “how dance moves my gender euphoria” Najwa takes a personal step within and revisits the preconditioning they went through in regards to their sexual identity and queerness, sometimes only to reflect and sometimes to deconstruct.